One of Us is Lying by Karen M. McManus

A quick and indulgent read, One of Us is Lying follows the murder mystery of high school student Simon, who died in detention with four other students present. But Simon was the head of the school’s gossip app, which was due to share secrets from all four of these students — Bronwyn, Cooper, Addy, and Nate — the next day. There was motive, there was means, but there is no confession. The mystery spirals like a Christie novel, leaving you grasping for answers only to take them away until the end. Relationships get complicated, more secrets get spilled, and eventually the truth gets told.

I recommend for a day trip on a bus or a rainy weekend, because once you start you won’t want to stop. One of Us is Lying flies, begging you to find out who killed Simon before you’re told, but never giving enough hints to get there too quickly. It’s a sort of high school spin on Murder on the Orient Express which promises to hold until the end. 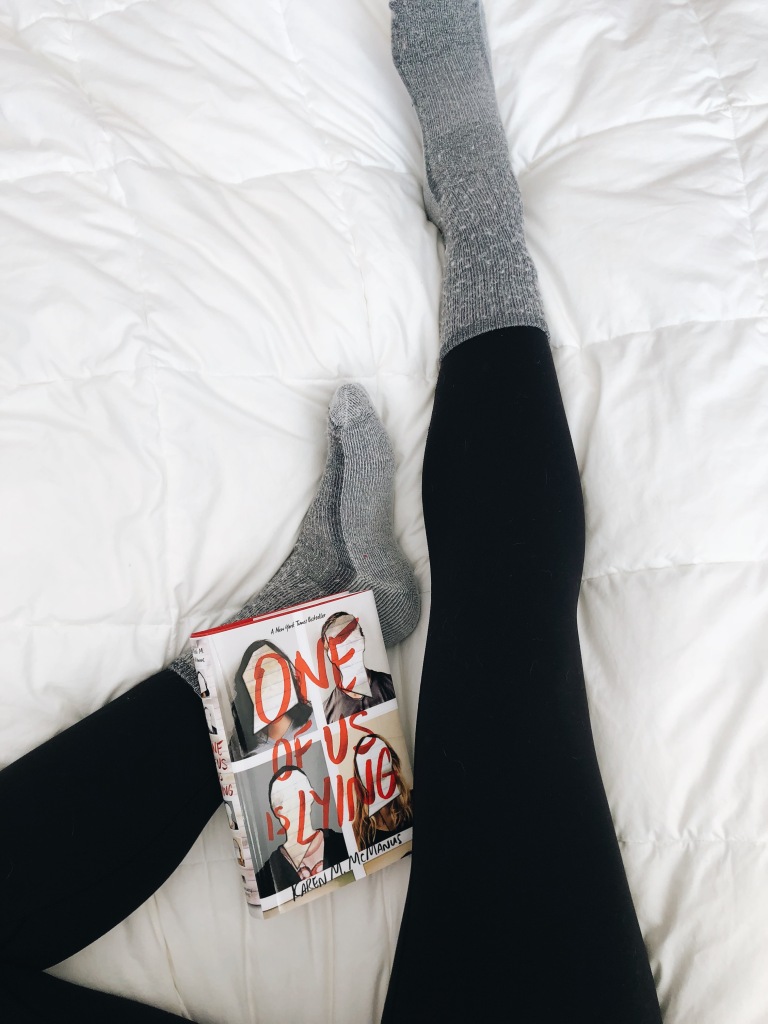