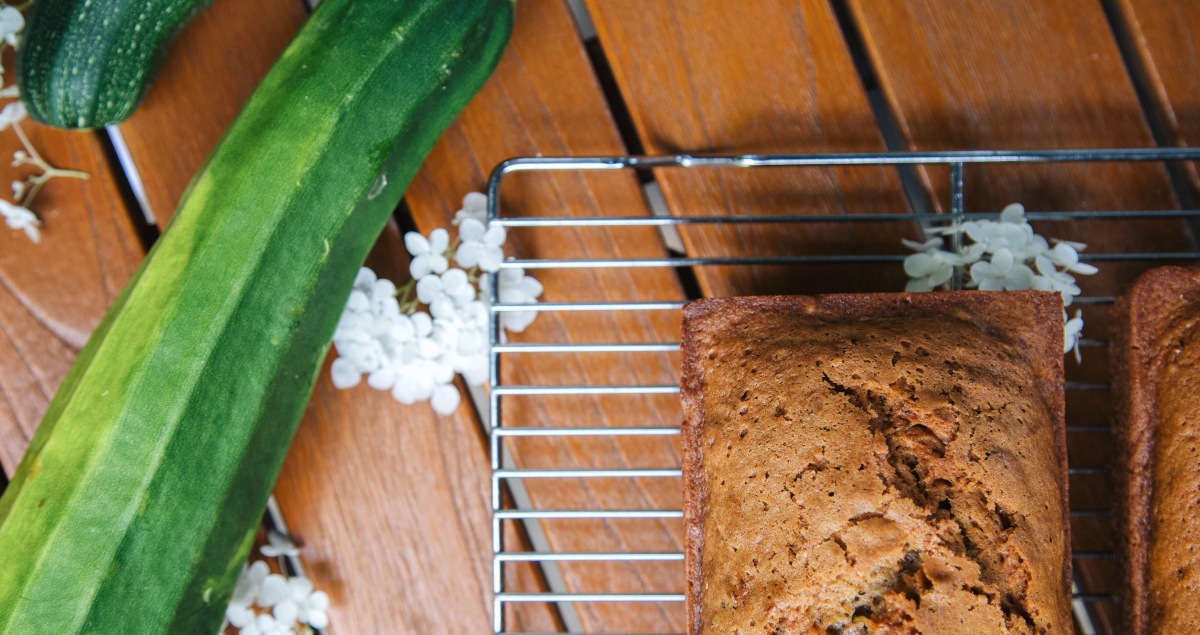 Zucchini—the other requisite summer ingredient. Grate it, add sugar and oil, and you have deliciousness on your kitchen table. I always get excited when it’s zucchini season because the possibilities are—excuse the cliché—endless: dense chocolate loaves, bars with cream cheese frosting, and zoodles (a surprising favorite of mine). I decided to keep it simple this time with our family’s zucchini bread. This recipe is tried and true, passed down to my mom who has been making it ever since I was little. It’s a classic. Moist, close-textured bread, a rich cinnamon smell, with that crunchy, sweet crust on top (which I always save for last). Eat it warm out of the oven, toasted with a slather of butter, or just plain off the cutting board, at any time of the day. Throw some chopped walnuts in (bonus if you toast them in the oven first!) before baking for a nutty flavor with added texture, or keep it simple without. I made one loaf of each, to compromise between the picky eaters and my mother. Personally, I prefer the added walnuts because they just bring that extra ~something~ but bake to your own tastes. You can take advantage of those cooler, overcast days that start coming in late summer to turn on your oven for an hour. Bring a loaf to a friend or a neighbor, or keep both to yourself, and you’ll be the new favorite. 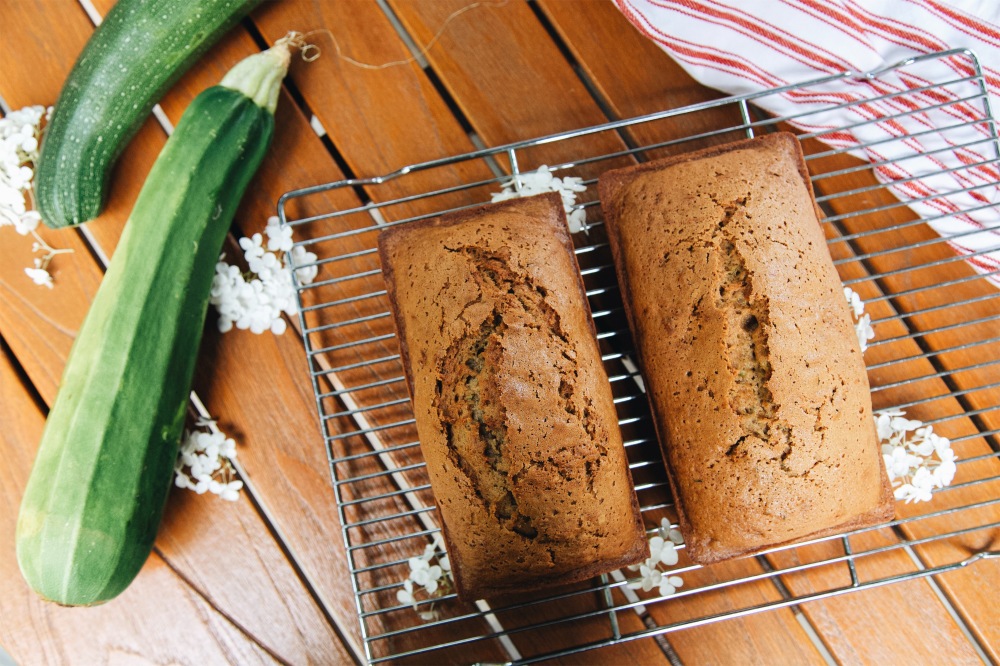 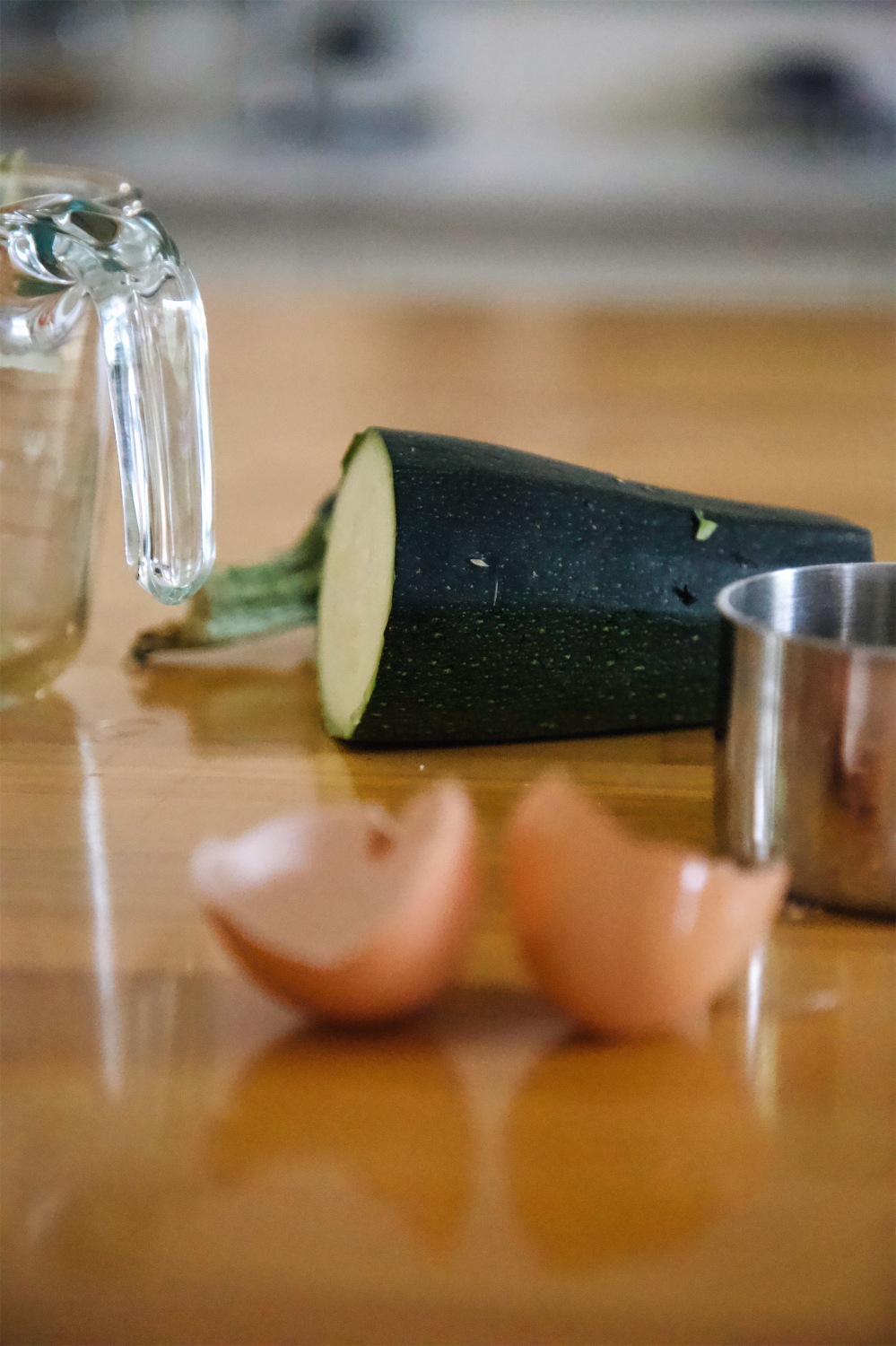 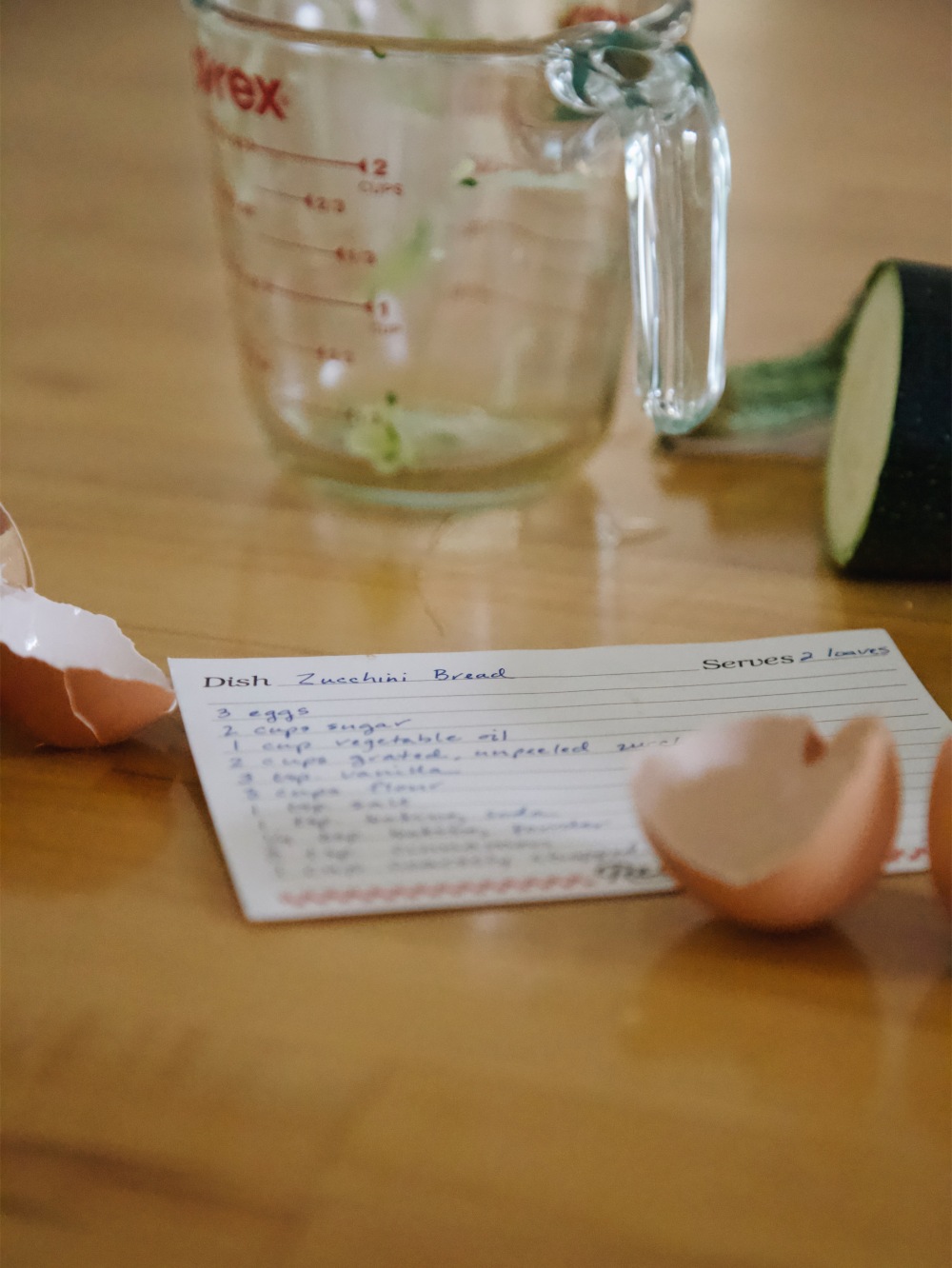 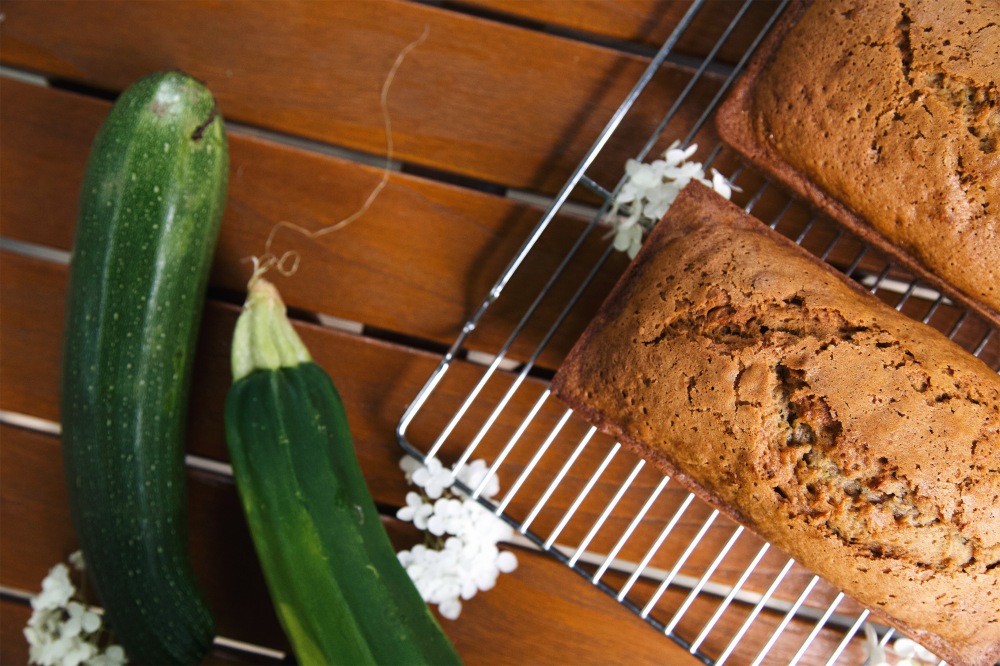 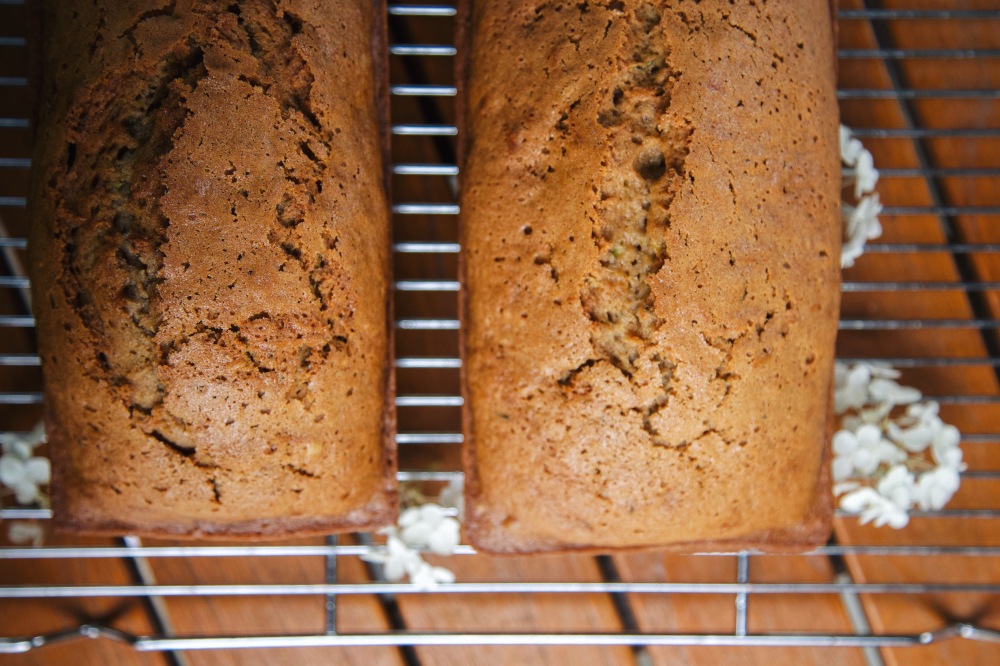 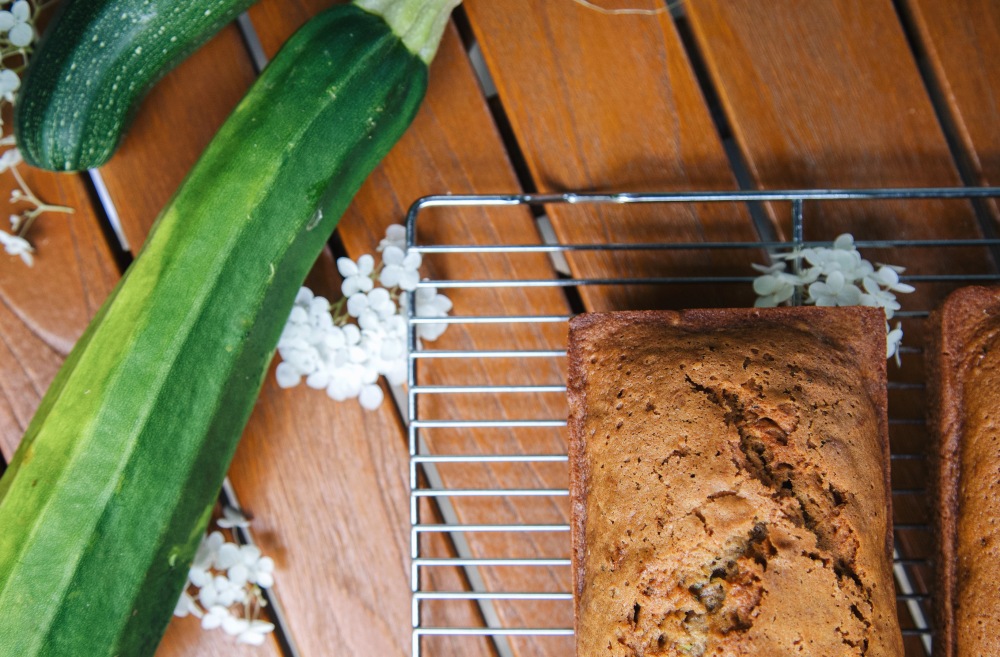 In the bowl of a stand mixer, beat the eggs until light and foamy, about 3 minutes on medium-high speed. Add the sugar, oil, zucchini, and vanilla, and mix on low until completely combined.

In a separate bowl, combine flour, salt, baking soda, baking powder, and cinnamon. With the mixer on low, slowly add the flour mixture to the zucchini mixture. Continue mixing until well blended, scraping down sides of the bowl as needed. Stir in the walnuts.

Divide the batter evenly between the two loaf pans. Bake for 1 hour, or until tops are golden and a toothpick comes out clean. Cool on a rack for 20 minutes before removing from pans.