My two college friends, both of whom I’ve been roommates with in the last two years, came to visit me in the Upper Peninsula last week. We were soaking up the last bits of summer vacation before road tripping out to Massachusetts for junior year. We had two days of exploring, which I’ve divided into three installments of Michigan adventures, so consider this part one.

The first day, I gave a tour of all the sights my hometown has to offer: the numerous lakes, the lookout, and the ski jump. After an early lunch at my favorite cafe in town, we ventured further, to some rapids about forty minutes out. A short walk led right down to the water, rushing faster than you expect. Climbing, slipping, sliding down rocks. I stayed close to the water while my friends explored higher ground, becoming rock climbers in seconds without a thought about how to get back down. It was nature that claimed interest: a furry caterpillar and a magic reflection pool, a secret passage and a patch of sea-green. We had to surrender to the rocks, the trees, and the leaves, and let them choose the path for us. An interaction in which nature led the way and a cross section of humanity and the natural world are what I see in these photos—people hiding behind leaves and bisected by a tangle of branches, explicit graffiti painted on a rock face, slanted bodies, small textures. 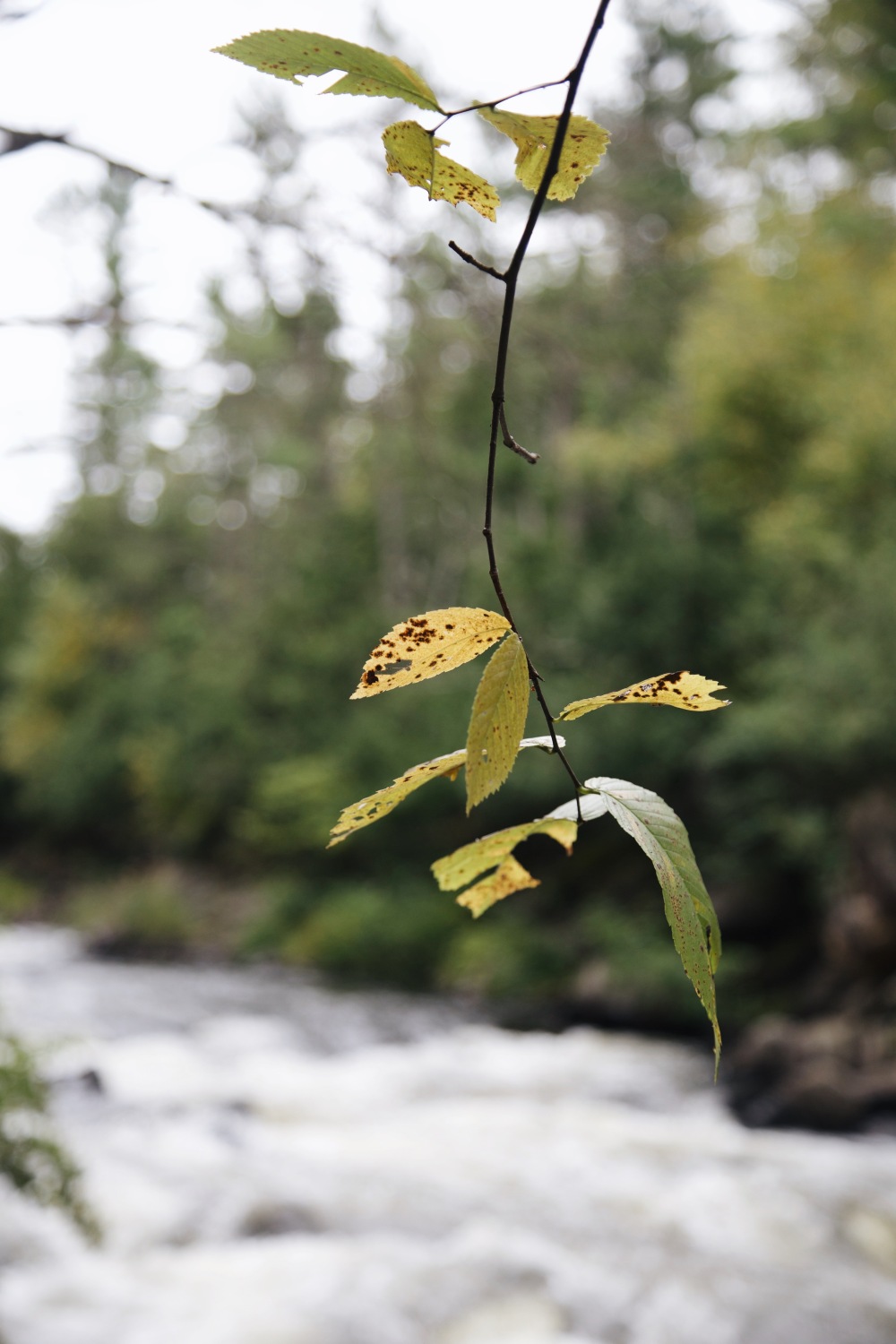 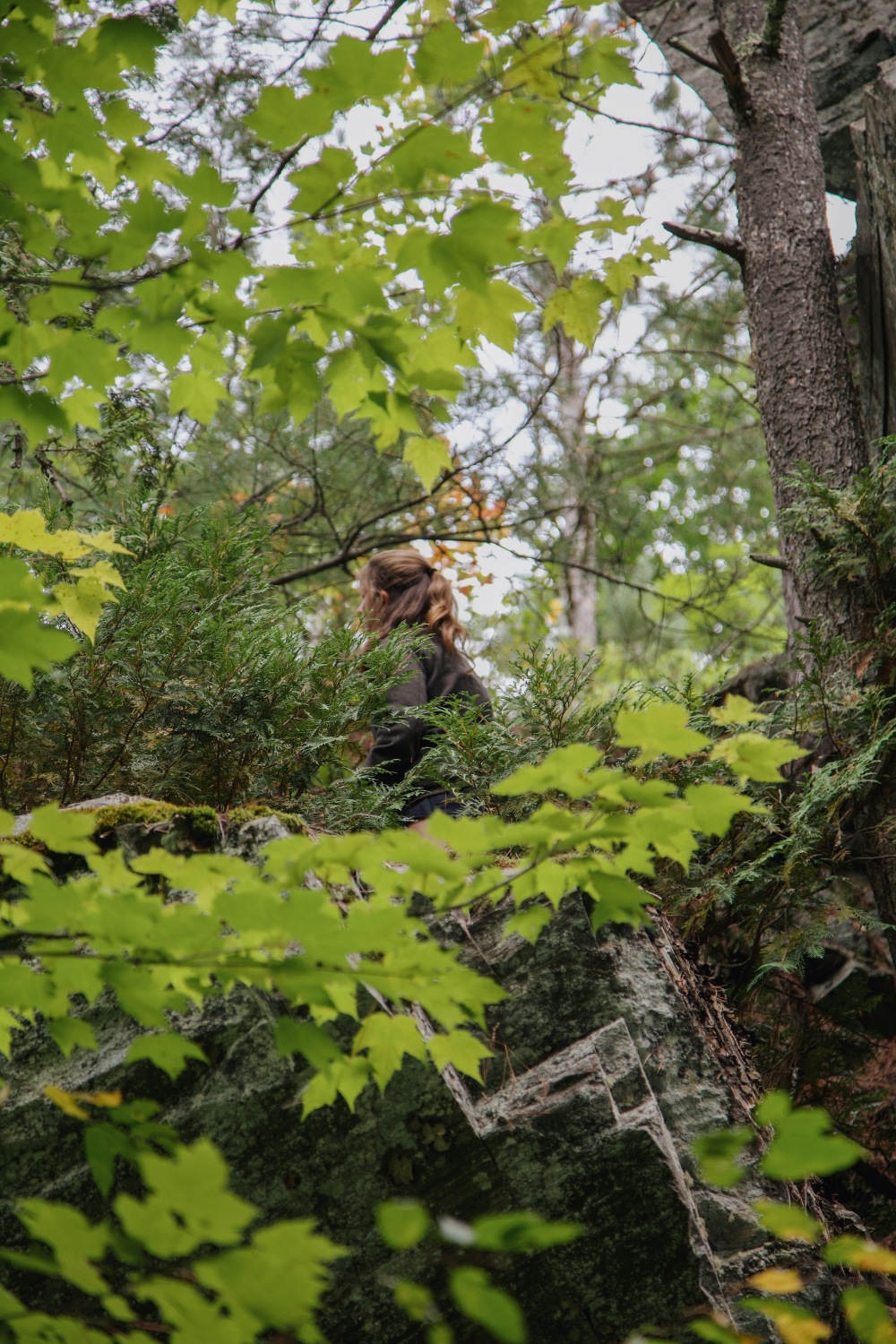 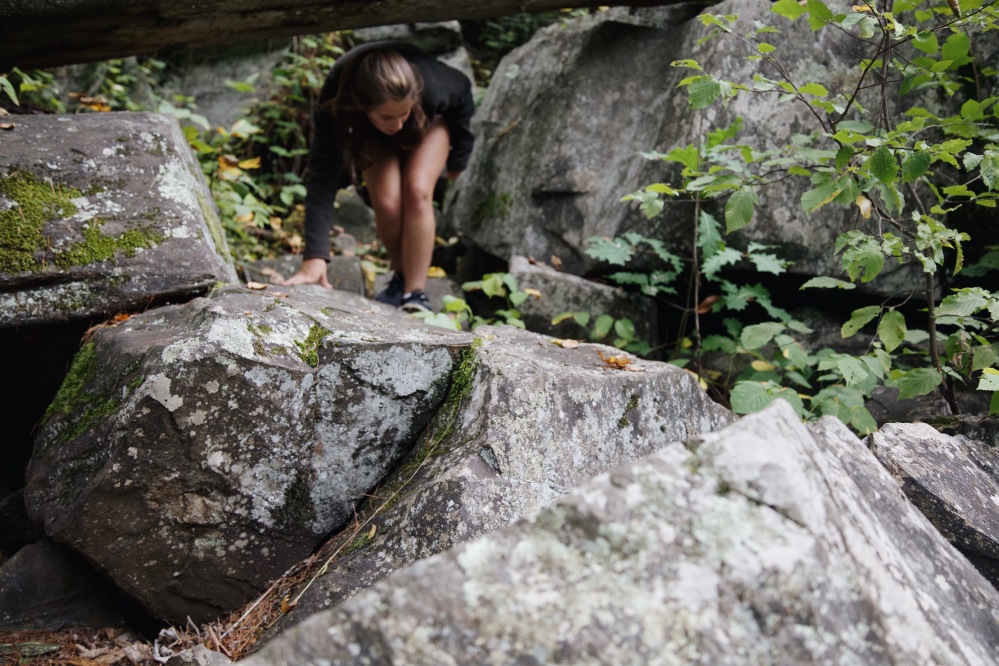 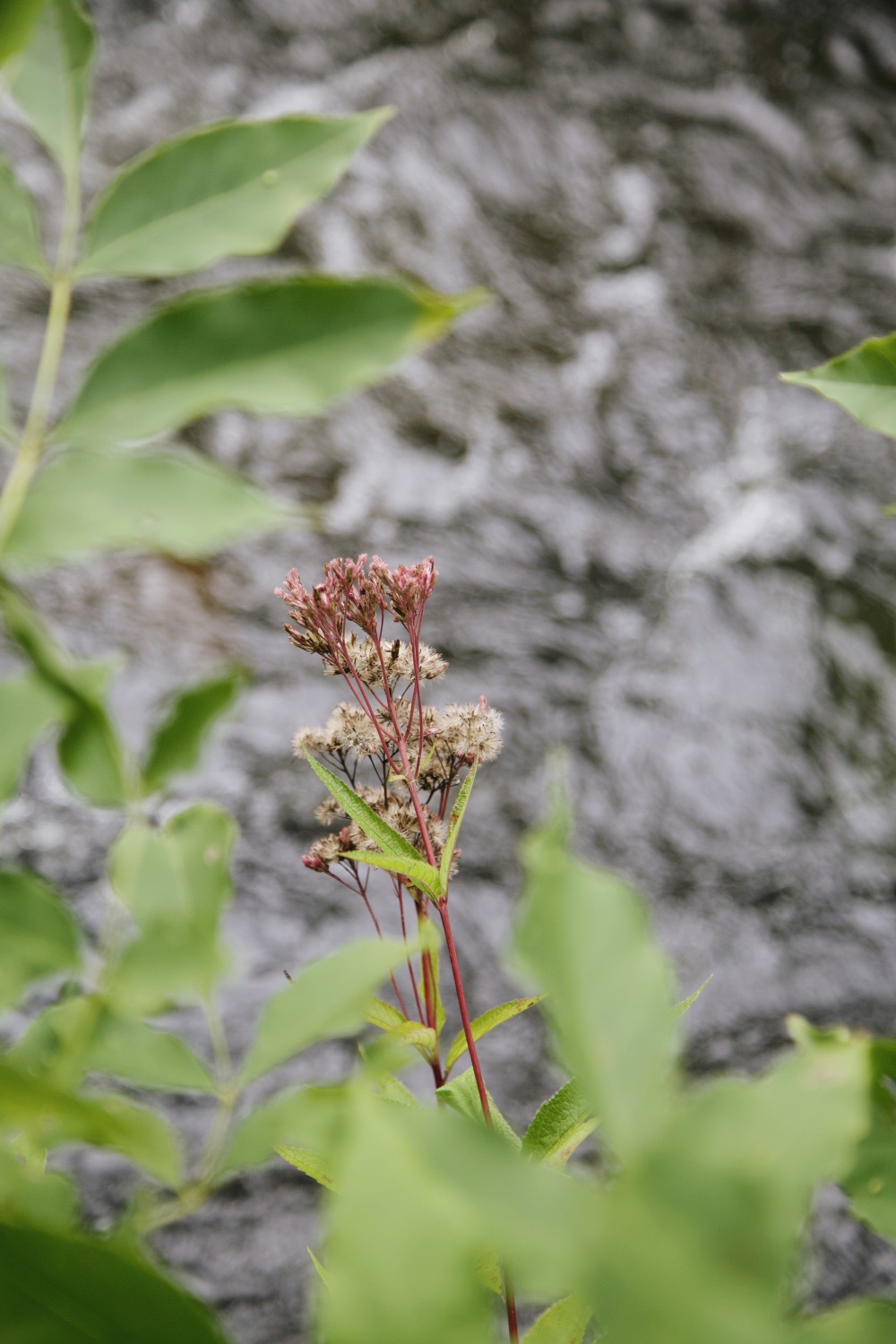 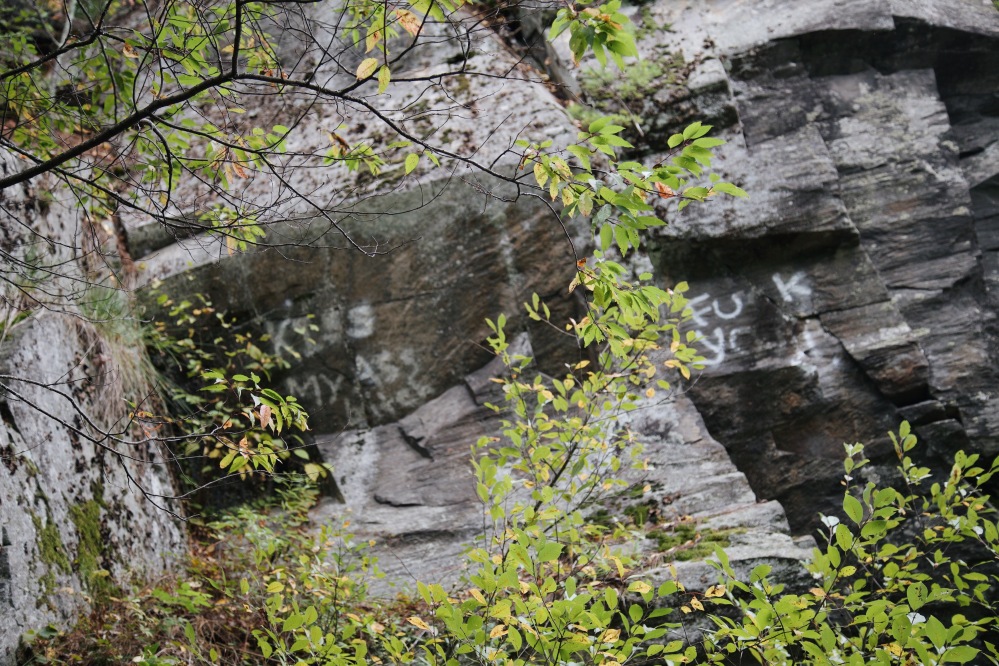 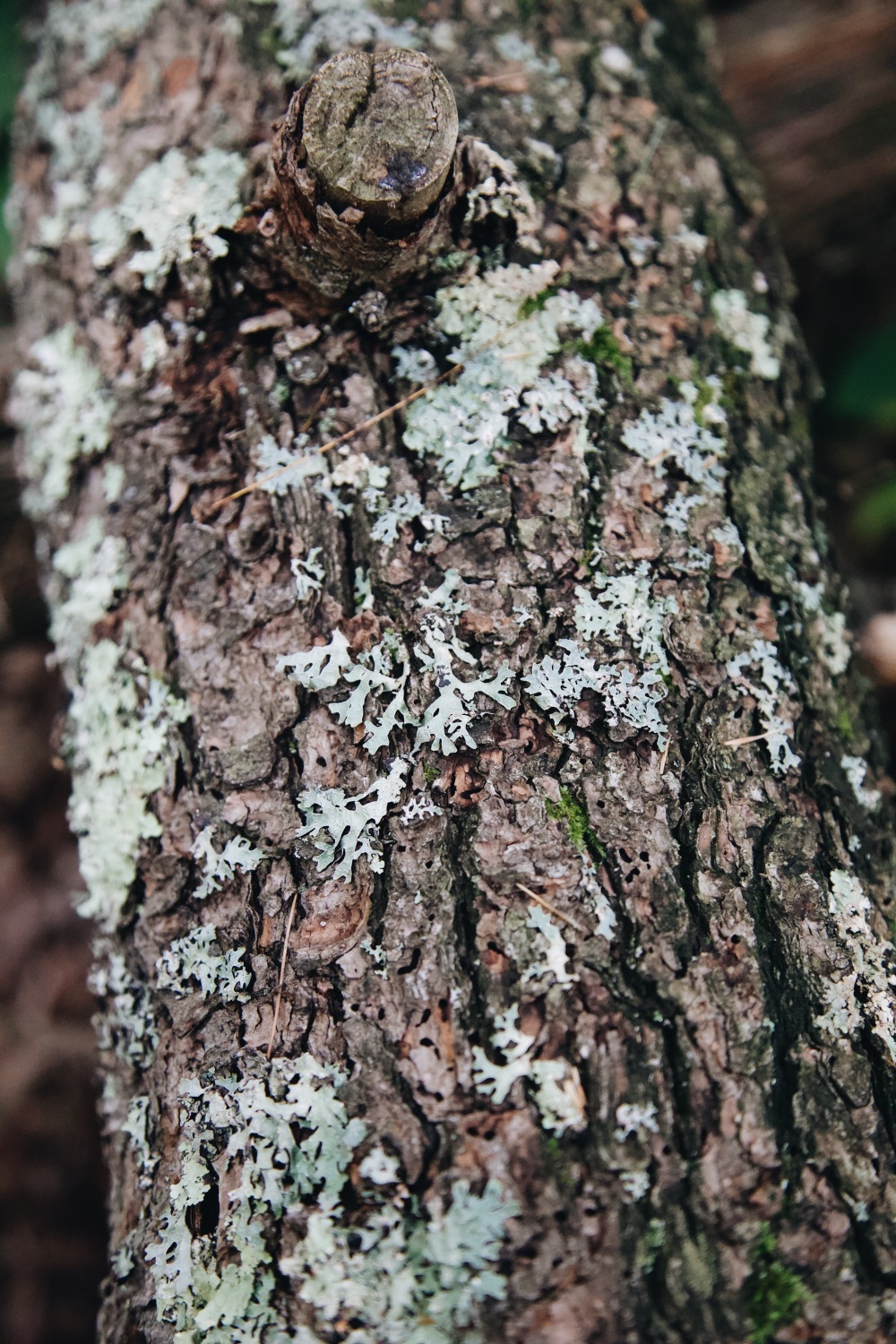 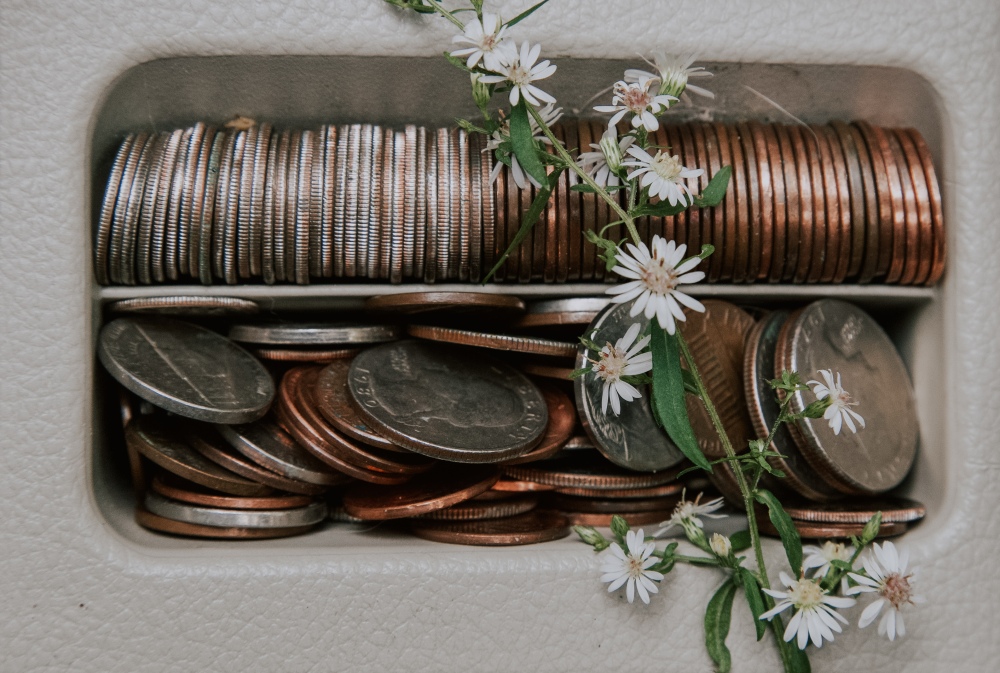